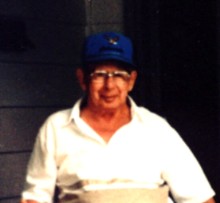 Charles Story as written by him

Dedicated in loving memory to my Mom and Pop, Homer and Louise Stillion

WE ARE ALL PROUD TO BE A STILLION !! BY CHARLES R. STILLION

I am very proud to say I have enjoyed reading Charles’s story and I am also proud to say I am a Stillion. I wanted to put this on here so other’s who are interested in reading it, will be able to do so. I am very glad it was shared with me, hope you feel the same. The sad part is, Charles has passed away on January 15, 1996 and I can not tell him how I enjoyed his story. This is Charles’s picture below. Be sure and see George W. Stillion’s picture on the photo page.